I’d love to say that Book 14 is “done”, but I still have a round of edits to do before I pass it over to my beta readers / editors / proofreaders, and I have yet to choose a title or create a cover or pick a release date.  Maybe in a month… ish…?

But still, the draft is out of my head, and that’s a good feeling!  (Some might argue that I have a permanent draft between my ears, but I prefer to ignore them.)

In fact, just about everything is out of my head at the moment — my brain is completely drained.  And we have houseguests this week, so instead of a post with actual words that make sense (or as much sense as I ever make), here are some photos of our garden.  Even though it’s only January, the plants seem to think spring is near.

So Book 14 is done-ish and it’s spring-ish outside.  Hooray for “almost-there”! 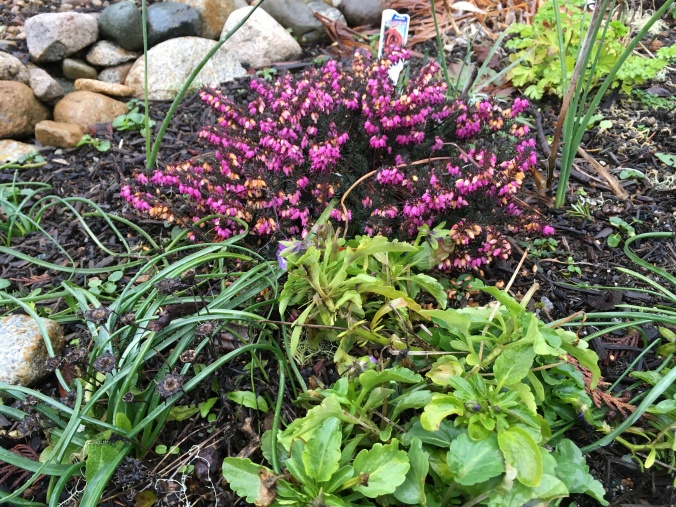 ‘Zeta’ heather has been putting on a show since November, and the pansies and grape hyacinths will soon be blooming again. 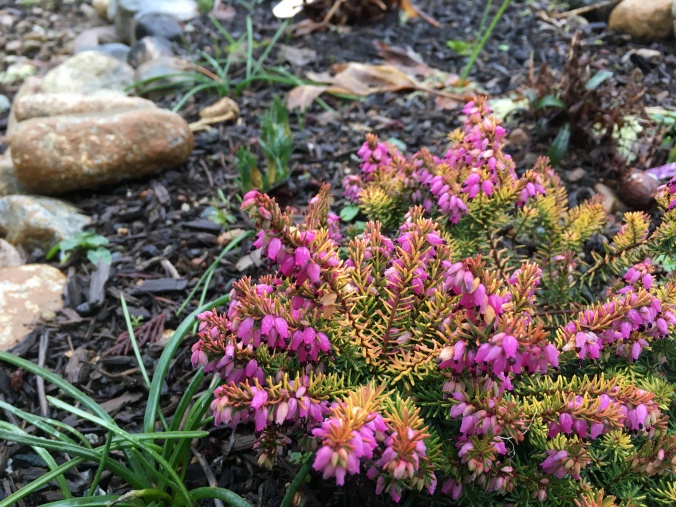 This is ‘Eva Gold’ heather. 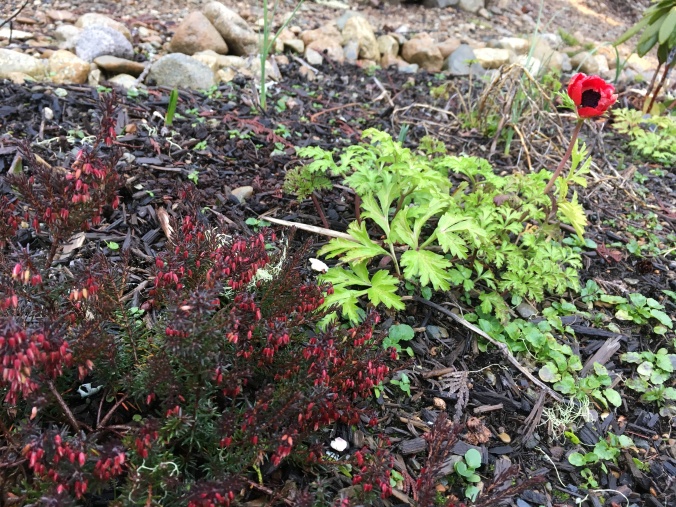 ‘Tanya’ heather, plus one red anemone that’s FAR ahead of all the rest. 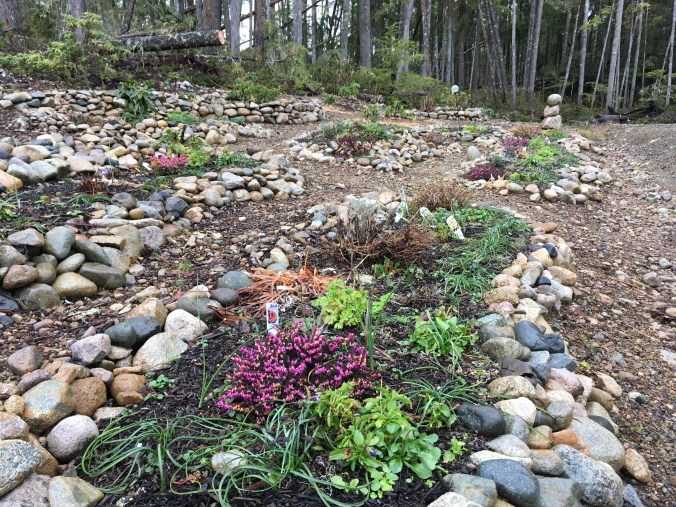 The flower garden is slowly starting to fill in. Maybe I should have bought bigger plants to start with…? 😉 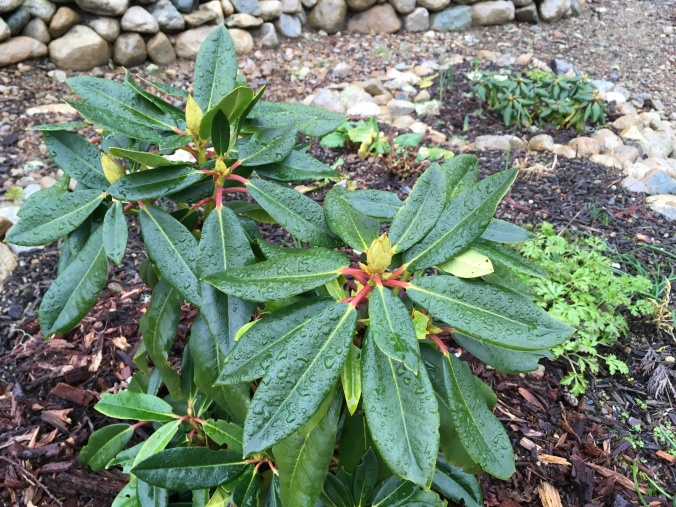 The rhododendron buds are getting bigger by the day! This is ‘Kabarett’ – I’m looking forward to seeing its purple blooms for the first time this year. 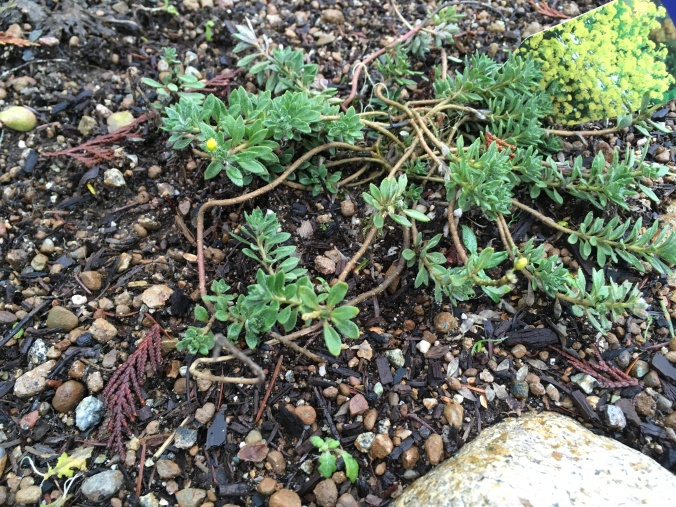 The perennial alyssum has wee yellow buds starting, but it might be a while before it looks like the optimistic photo on the plant marker behind it. 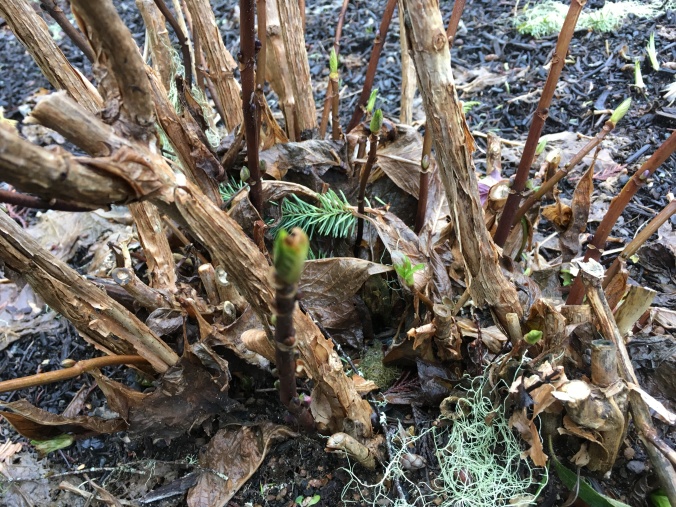 Even the hydrangea thinks it’s spring – look at all the little green leaves-to-be!