A couple of weeks ago I was scooping ice cream out of a one-gallon pail when my hand slipped and a gob of ice cream hurtled across the kitchen to land on the floor. Not surprisingly, I yelped, “Whoa! Shit!”

Hubby looked over at the scene of the crime and said, “You know, ‘shit’ is one of those words you just never want to hear coming from the kitchen.”

That’s very true.  But after considering it for a while, I think ‘oops!’ is probably the scariest word on the planet. For instance, here are just a few of the times and places you really, really don’t want to hear anybody say ‘Oops’:

The list (and the potential for scary situations) is virtually endless, but if you’re lucky ‘oops’ isn’t always disastrous.  I emitted a benign ‘oops’ a few days later. It was quickly followed by a facepalm, but it made me laugh because it was such a quintessentially Canadian mistake. Here’s what happened:

It’s been an unseasonably hot summer here in Calgary, and Hubby and I were driving to our garden outside the city. We had a plastic gas-can in the trunk to fuel the rototiller, and the fumes were strong (we discovered later the can was leaking, but that’s another story).

Anyway, I rolled the window down.

After a few miles, I thought to myself, “Why is it getting so warm in here?”

It’s hot outside. You’re letting the air conditioning out and the hot air in, dummy.

You can tell I’m from Canada, where we always expect it to be colder outside than inside.

The beta readers are hard at work and I’m well into my first round of edits.  And… We have a cover and blurb!  (These aren’t finalized, so if you spot any ‘oopses’, please let me know.) 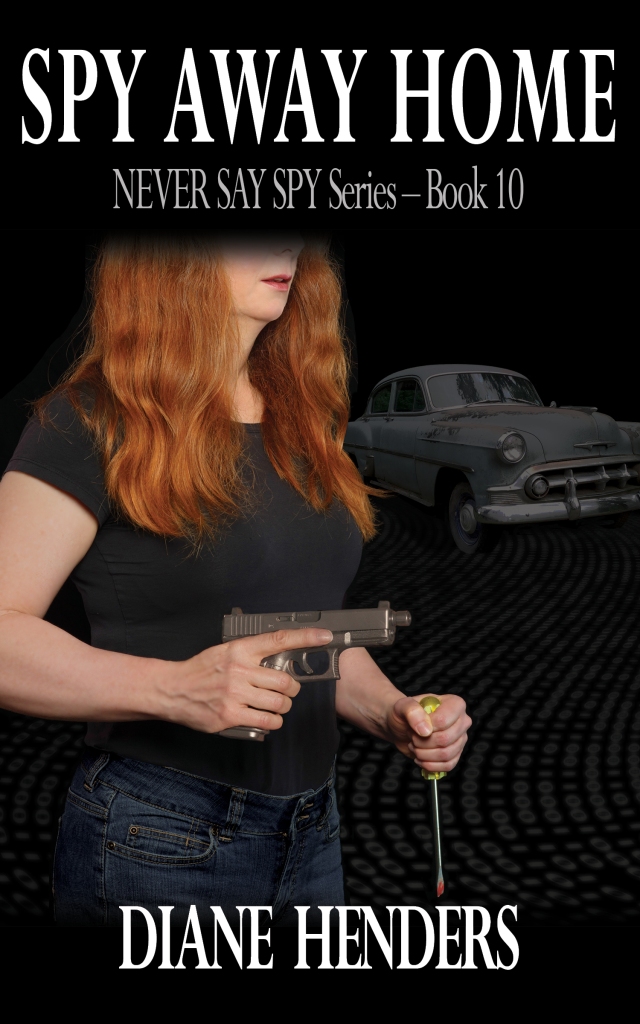 Bookkeeper-turned-secret-agent Aydan Kelly has barely begun to relax after her last mission when a shotgun-wielding man kicks in the front door of her country home. She doesn’t recognize the would-be assassin, so who hired him and why?

As evidence mounts against her abrasive co-worker, Aydan begins a deadly game of cat and mouse with herself as bait. If her suspicions are correct, the Department’s security has been breached and no one is safe.

With the lives of her dearest friends at risk as well as her own, Aydan must stop her unknown enemy before the next assassin succeeds.

More good news: I can now set up pre-orders, and all retailers will release the book on the same day. Pre-orders for Spy Away Home should be active in another couple of weeks (if you’ve signed up on my New Release mailing list, you’ll get an email when the pre-order pages go live), and it looks as though the final release date will be at the end of August. I’ll keep you posted with more details as I get them confirmed.

If you’d like to have a say in which day Spy Away Home gets released, please vote in the poll below.  Thanks for your help!