Like many Canadians, I’m semi-bilingual.  I took eight years of French in school and still read French reasonably well; but the only times I use it are when I accidentally pick up a container with the French label facing outward, and when some crossover in vocabulary gives me a giggle.

That happened just the other day:  Hubby (whose entire French vocabulary consists of ‘oui’) was telling me about an incident where a truckload of rotten produce had been refused by a composting site because the little plastic sticky-labels were still affixed.

He began, “So this truckload of rotten avocats…”

I burst out laughing.

“I meant avocados,” he interrupted.

I then explained that, against all odds, he had inadvertently managed to use the French word for ‘avocado’.  And he’d tickled my funnybone, since ‘avocat’ also means ‘lawyer’ in French.

Now I really want to hear the rest of the story that begins, “So this truckload of rotten lawyers…”

At this point I’ll resist the urge to tell lawyer jokes; partly because I have some very nice friends who are lawyers, but mostly because I prefer to avoid antagonizing people who have the time, inclination, and skill to sue my ass off.

Instead, here are some pretty pictures.  The crocuses are in bloom outside, and inside our amaryllis bulbs are putting on a show.  I just love those gorgeous colours!

These little beauties are just starting outside. 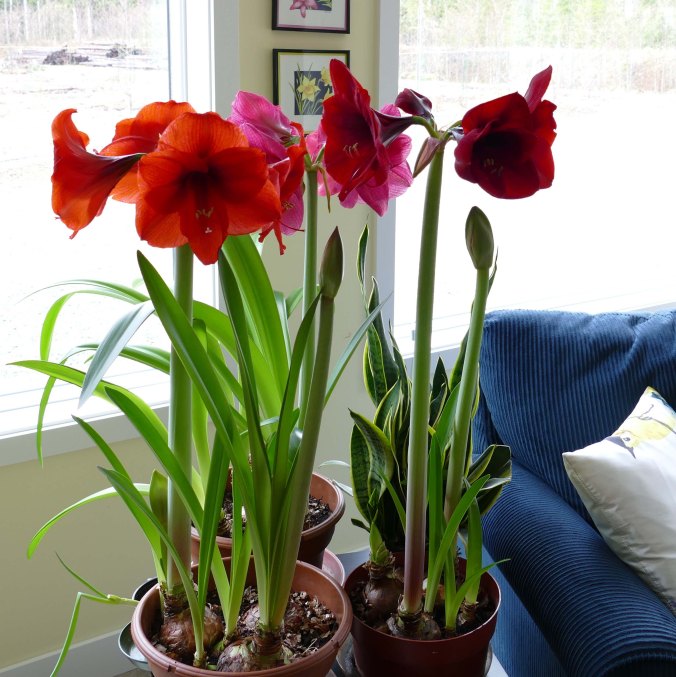 These guys are three feet tall! 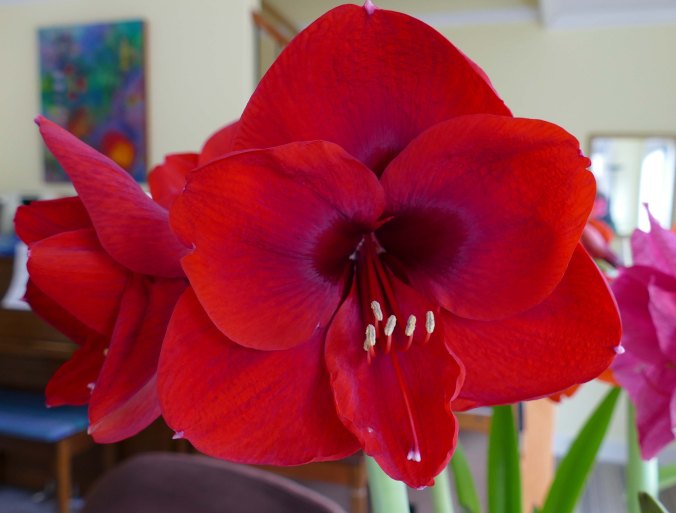 Book 15 update:  I’m on Chapter 35 and going strong!  I just wrote a car chase that takes place in Regina, Saskatchewan in the middle of winter.  I think I managed to make it a little more exciting than this spoof from a commercial for winter tires:

27 thoughts on “Amaryllis And Avocats”