When I grow up I want to be a bald eagle.

First, they’re the biggest meanest birds in the sky.  Nobody messes with bald eagles.  The babies occasionally get eaten, but the adults have no natural enemies.  (Except humans, but we’re a menace to everything so we don’t really count.)

When the evolutionary goodies were handed out, eagles got flashy plumage, a massive wingspan, a formidable armament of beak and talons, and the ability to soar ‘way up in the sky to look down on all us pathetic earthbound types.  Who, incidentally, all look like dinner to them because they can and will eat just about anything.

You’d think that would be enough perks for one creature; but no.  Humans treat them like nobility, too.  Here on the west coast, landowners have to be aware of Eagle Trees:  any large tree where an eagle might nest.

If you have an Eagle Tree on your property, you aren’t allowed to cut down the tree, and you can’t even disturb the natural vegetation within 60 metres (200 feet) in all directions around it.  That restriction stays in place until no trace of a nest or any possible nesting activity has been seen in the tree for 5 years.

How’s that for a sweet deal?  Imagine flying over any place you’d like to live; choosing the best location for a house, and building there regardless of who currently owns the property.  And then the government makes everyone keep back a respectful distance from your house, even if you haven’t lived there for five years.  I want some of that.

If you’re an eagle, it’s illegal (see what I did there…?  Okay, sorry…) for people to “possess, take, injure, molest, or destroy” you, your eggs, and/or your nest.  So that crappy nest you built 25 years ago in that tree you haven’t visited in a decade?  It’s still there, just in case you ever want to move back in.  Nobody can knock it down – they can’t even go near the tree.

Better still, even your castoff feathers are venerated.  In the U.S. people can be fined up to $100,000 for possessing eagle feathers they don’t lawfully own.  (In Canada it’s $25,000.)  Since eagles molt and replace their feathers once a year, it sucks to be the person who gets caught with feathers they innocently picked up from the ground; but from the eagle’s perspective, it’s all good.

I’m imagining what it would be like to have people following behind me, carefully preserving my crummy discarded feathers and creating complex laws around them.  After a while my ego would soar like… well, an eagle.

It wasn’t always sunshine and raptors, though:  There’s the small issue of their near-extinction about 40 years ago.  But after battling their way off the Endangered Species List, eagles deserve a bit of adulation.

At least, that’s how I’ll rationalize it when I become an eagle and allow my eagle ego eager egress.  (Okay, you can smack me now; but I just couldn’t resist.) 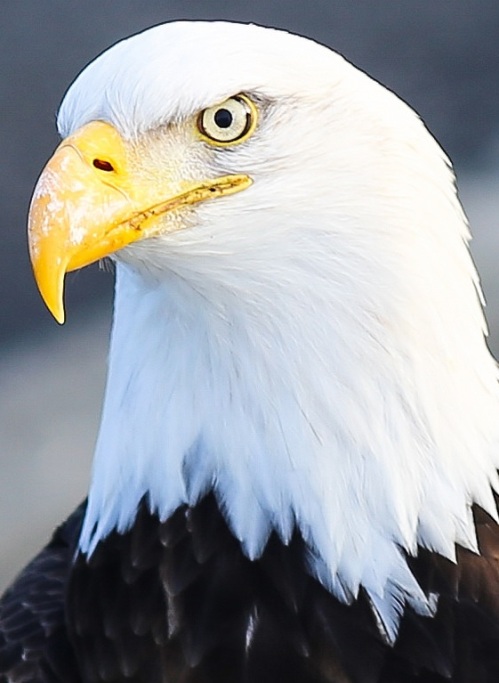