Woohoo! The new cover for Book 2: THE SPY IS CAST is finally ready!  Playing with the Audi R8 was fabulous, and it brought back memories, too.

I’d love to blame the long delay on ‘circumstances beyond my control’, but the truth is I’m doing the covers myself and it took so long because I’m short on ‘spare’ time and dog-slow at Photoshop. But hey, I’m getting better! By the time I’ve finished updating all the covers, I should be a pro. (Or, more likely, a trained chimpanzee repeating rote behaviours without grasping the underlying concepts, but whatever. It kinda looks the same to anybody who isn’t a pro themselves.)

Anyway, without further ado, here it is: 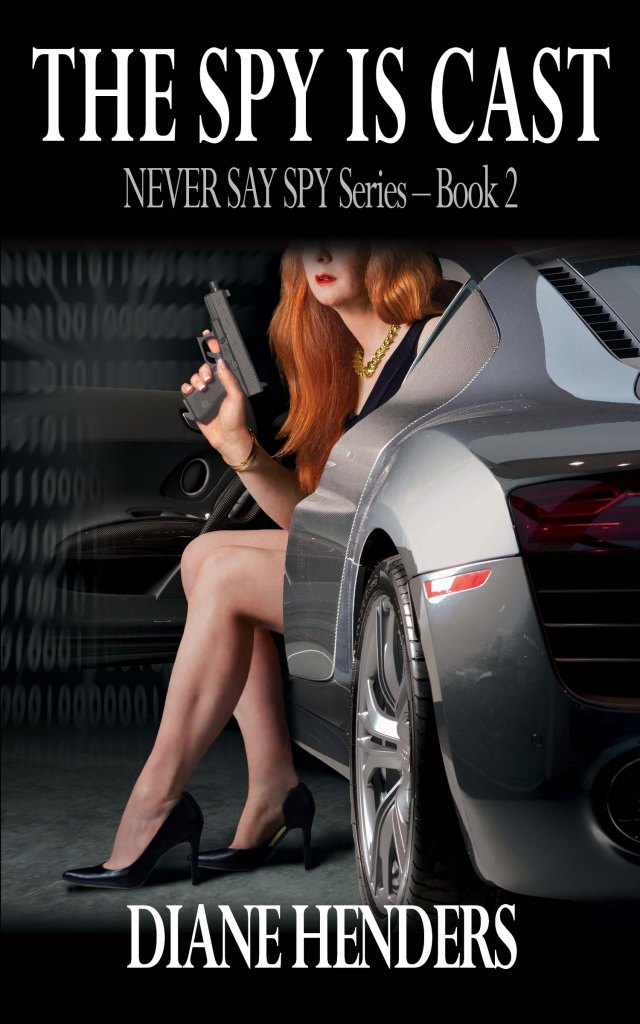 I’m pleased with the sophisticated gray-on-gray (no, not Fifty Shades) look, and I’m thrilled to have a real R8 in the picture! When I wrote the book, I never dreamed I’d actually end up sitting in the car of my literary fantasies. Many thanks to Doug S. and the staff at Glenmore Audi for letting me do the photo shoot at their dealership!

My only regret is that I didn’t ask to go for a ride in the R8, but I’m not too sad about missing out. It isn’t right to make a car like that slog along in Calgary traffic, and there’s no place around here where it could really strut its stuff. But even though I didn’t go for a cruise, the thought of riding in a hot car brought back a happy memory for me.

I’m not sure whether a love of high-performance automobiles is genetic or learned, but either way I was destined to inherit it. My dad’s dream car was a 1966 Corvette Stingray with the 427 big-block, and sometime in the mid-70s he bought one. (Aydan’s 1966 ‘Vette in the Never Say Spy series is based on my dad’s car. Are you surprised? Nah, I didn’t think so.)

We lived out in the country on gravel roads that weren’t Corvette-friendly, and Dad lived a busy life. The ‘Vette didn’t get driven very often, but every now and then he’d fire it up and go for a run. Since he had a wife and three kids and only one passenger seat, we kids didn’t get to ride along very often; but one day it was my turn. I was in my mid-teens at the time, not quite old enough to have my driver’s license, but old enough to know safe driving habits.

We rumbled out the lane and idled along the gravel road until we got to the highway, which was straight and flat with miles of visibility. Dad looked both ways, turned onto the highway… and punched the gas! He was always a careful and law-abiding driver, so I wasn’t sure whether to be terrified or exhilarated. The big engine roared and the tires chirped through the shifts. Dad dodged back and forth between lanes, showing off the handling (which was pretty good considering it was a brute-force muscle car), and then he pointed it straight and let the horses run.

As quickly as it had started, it was over. He slowed down and turned around, and we drove home as sedately as if we’d been in the family sedan.

But one or both of us might have been grinning.

So thanks again, Doug and the gang, for letting me “borrow” the R8, and for reminding me of a beloved memory of my dad and his dream car. 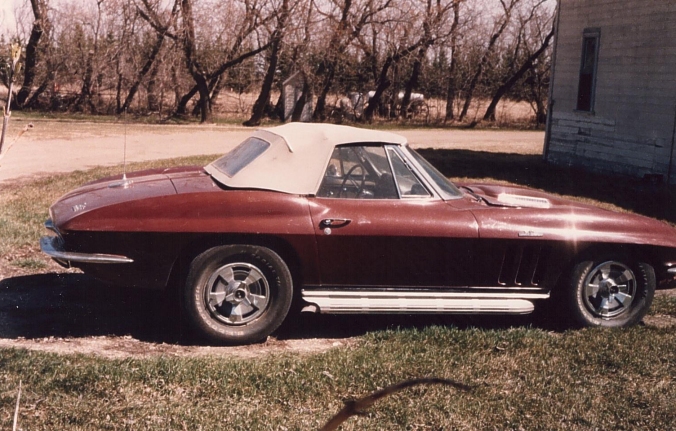 Dad’s Corvette 30 years ago. Yes, that’s an outhouse in the background.