Even though I’ve mostly recovered from my ill-fated career as an interior designer, I’m still fascinated with colour.  You’ve got to be impressed by the way something that simple can drive people to the brink of psychosis.

This isn’t just my usual hyperbole – studies show that while most people become agitated and anxious when enclosed in a bright red room, individuals with some forms of psychosis actually become calmer when surrounded by such an “angry” colour.  (I’m not going to speculate on the meaning behind the bright orange-red walls in the last interior design office where I worked.  They were probably trying to tell me something.)

But my favourite form of colour psychosis can be observed in paint stores.  I’ve seen couples nearly come to blows over whether their walls should be painted “Prairie Light” or “Paper Lantern” – two off-white swatches that look slightly different when held side by side, but will in fact be indistinguishable once the entire room is painted.

Maybe that’s why I never did well as an interior designer – I could clearly discern the differences between the colours; I just couldn’t discern any reason why it mattered.  If I painted their living room without telling them, that couple would never be able to tell which paint colour I’d used, and within a few months they wouldn’t remember either of the names anyway.

I don’t understand why paint manufacturers give their colours such ambiguous names.  What colour is “Wayside Inn” anyway?  Red?  Brown?  White?  And who’s going to remember it when it’s time to buy more paint?

They need more memorable names, like the one my dad used to describe an unpleasant murky brownish green:  “Shitbrindle”.  (My dad never used vulgar language.  Ever.  This is another example of colour psychosis.)

Or my step-mom’s name for that particularly nasty shade of green that was popular in the 70s:  “Goat-Vomit Green”.  Or my neighbour’s comment when he first laid eyes on the nice bronzy yellow I’d chosen for our entry walls:  “Baby Shit”.  (Da Blog Fodder more tastefully names it “Calf Scour”, which is essentially the same thing but you have to be a farmer to get the joke.)

There’s even an (unintentional) app for generating memorable paint names.  Here are my favourite autocorrect colour translations from DamnYouAutocorrect:

Any time I’m out with my friends, somebody is sure to point at a fuchsia blouse and whisper “fuckweasel”.  And seriously, who wouldn’t want their walls painted with “Effervescent Shitstain”?

I think the paint manufacturers are missing out on a huge untapped market here.  They should print up their swatches with the colour formula on the back, and skip the naming entirely.  Then they could maintain a database where they record the colour names their customers provide.

‘Cause let’s face it, you’ll probably forget “St. George Island”, but “Atomic Vomit Green” will stay in your brain forever.

Here’s my attempt at naming a few colours. C’mon and play – any other suggestions? 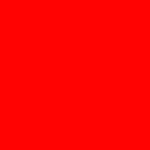 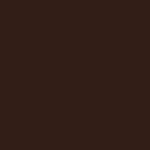 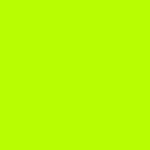 45 responses to “Colour Me Psychotic”